Over the past 3 years BassPhaze has now established himself as a Multi Genre DJ playing styles such as Drum n Bass, Freeform Hardcore and Old Skool Rave.

BassPhaze’s background is one of producing and MC’ing, attending parties up and down the country. He has MC’d at many different venues including “Reality” in Newcastle Under Lyme, “Helter Skelter” in Milton Keynes, “Die Hard” in Leicester and “Liberation” in Nottingham. BassPhaze would bring the energy with the MC’ing by being actually in the crowd and being part of the atmosphere to keep the party rocking!!

In the past few years BassPhaze decided that to push his career further he needed to DJ and in such a short time he has achieved so much and is planning to take it as far has he possibly can in all the music styles he is so passionate about.

He has regular slots on Twisted Indulgent Radio Internet Show and also has guest played on various other streaming sites such as “The Beat Forum”. Whenever he plays a set he always delivers a full on, high energy set of killer tunes.

Over the past couple of years BassPhaze’s music tastes have evolved into liking Drum and Bass also mixing the Old Skool Rave classics. But his first main genre to mix was Hardcore based Trance called “Freeform”.

BassPhaze has been writing and producing music for about 20 years and his passion has always been geared to anything high energy, fast and heavy. So Freeform Hardcore was his music choice to produce professionally and to DJ under the alias of “Cynista”.

BassPhaze was lucky enough to work the with the Legendary Sharkey and also Kevin Energy and K-Complex on releasing tracks through “Nu Energy”. One of his tracks “Chemical Warfare” also made it onto the “Bonkers 8” compilation album which was a huge achievement for him and both this and “Mad As Hell” were played all round the UK and Worldwide and also made it onto other album compilation’s.

After a break due to family and other commitments BassPhaze is now back writing and producing with tracks being played recently on BBC Introducing Shropshire. As the saying goes……the best is yet to come…..

“Hardcore will never die!!” a well renowned quote and a statement that is etched into the minds of the Rave Generation. Be it now or in the past!!

BassPhaze is well knowledged and experienced in the Rave scene from attending parties up and down the country. After finishing University in 1997 he discovered a lot of his friends had become Ravers attending the infamous “Club Kinetic” and other clubs on a weekly basis. BassPhaze was invited to attend his first Rave and from this point on his future was set. BassPhaze asked his friend if he could MC for him and he said yes so BassPhaze’s MC’ing career began and after perfecting his lyrics and skills he then progressed onto performing at Raves all over the country.

Musical influences have been in different forms ranging from “The Prodigy”, “Pendulum” and other artists from such labels as “Nu Energy”, “Stompin Choonz” and “Bonkers”. He is also a huge fan of the “Andy C”, “The Prototype’s”, “Delta Heavy”, “V O E”, Muzzy and “Koven” and also record labels such as “RAM Records”, “Hospital Records” and “Viper Recordings”. 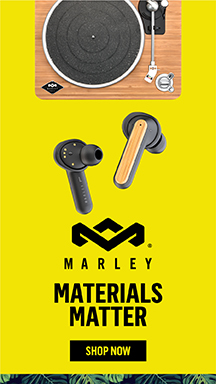